Meadows in the Sky Parkway

Meadows in the Sky Parkway

Mount Revelstoke National Park offers visitors a unique opportunity to drive uphill via the Meadows in the Sky Parkway to sample some of the best scenery in the park from the comfort of your car. The 26-kilometer paved road winds its way through lush forests and wildflower meadows to the summit.

At the top, you can park in various lots to access trails of varying difficulties. That said, if you don’t want to hike, you can still experience the stunning beauty and history in your car. Additionally, you can take the Summit Shuttle Bus during the snow-free season.

Aside from the many hiking trail access points, several scenic viewpoints dot the winding pathway to the summit. Though each level provides a unique view, the summit features two historic fire towers.

We visited in early June, so it was too early in the year to experience the entire park. It was closed after the Monashee Lookout, so we never reached the summit. We will update this post with more images and share our experience later on this summer. 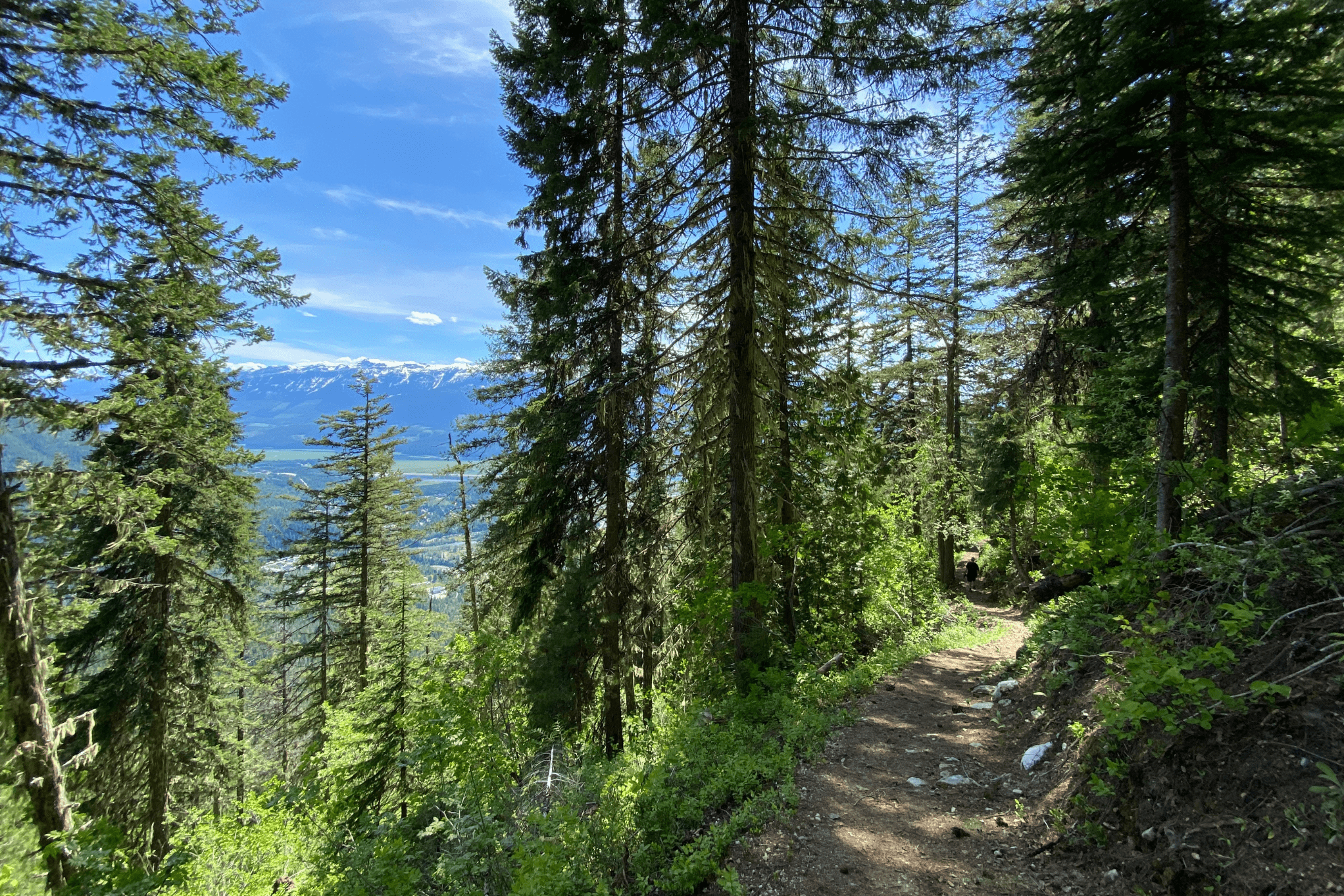 Things to Know Before You Visit Meadows in the Sky Parkway

The Meadows in the Sky Parkway remains open from sunrise to sunset for most of the year, usually May through October. However, the parkway can close early or open late depending on snowfall. If you want to reach the summit, it’s best to go late July or August. We went far too early at the beginning of June, most of it was closed.

Remember that the parkway starts at 470 metres above sea level on the Trans Canada Highway and reaches 2000 metres at Balsam Lake. It’s best to prepare for the altitude change before you set out, and make sure to drink plenty of water throughout the trip.

Even though it’s a paved parkway that drives rather easily, it’s still narrow and winding with some tight switchbacks. Vehicles over 7.9 metres long should avoid the trip. Further, the park prohibits towed trailers or vehicles and any buses or RVs over 7.9 metres long.

Don’t forget that as the Meadows in the Sky Parkway is in the Mount Revelstoke National Park, you will need to purchase a pass to enter.

Read our other pieces on Revelstoke: