Cox Bay Lookout: The Best Ever View in Tofino

Cox Bay Lookout: The Best Ever View in Tofino

Located on the west coast of Vancouver Island, Tofino is home to old-growth forests and pristine beaches alike. It hosts rich wildlife, amazing scenery, a relaxed atmosphere, and excellent food! One of the best, not-to-be-missed parts of Tofino is the Cox Bay Lookout. But beware, getting there can be a wild adventure, as we found out!

But it will be well worth it. This incredible treat awaits you!

View from the Cox Bay Lookout 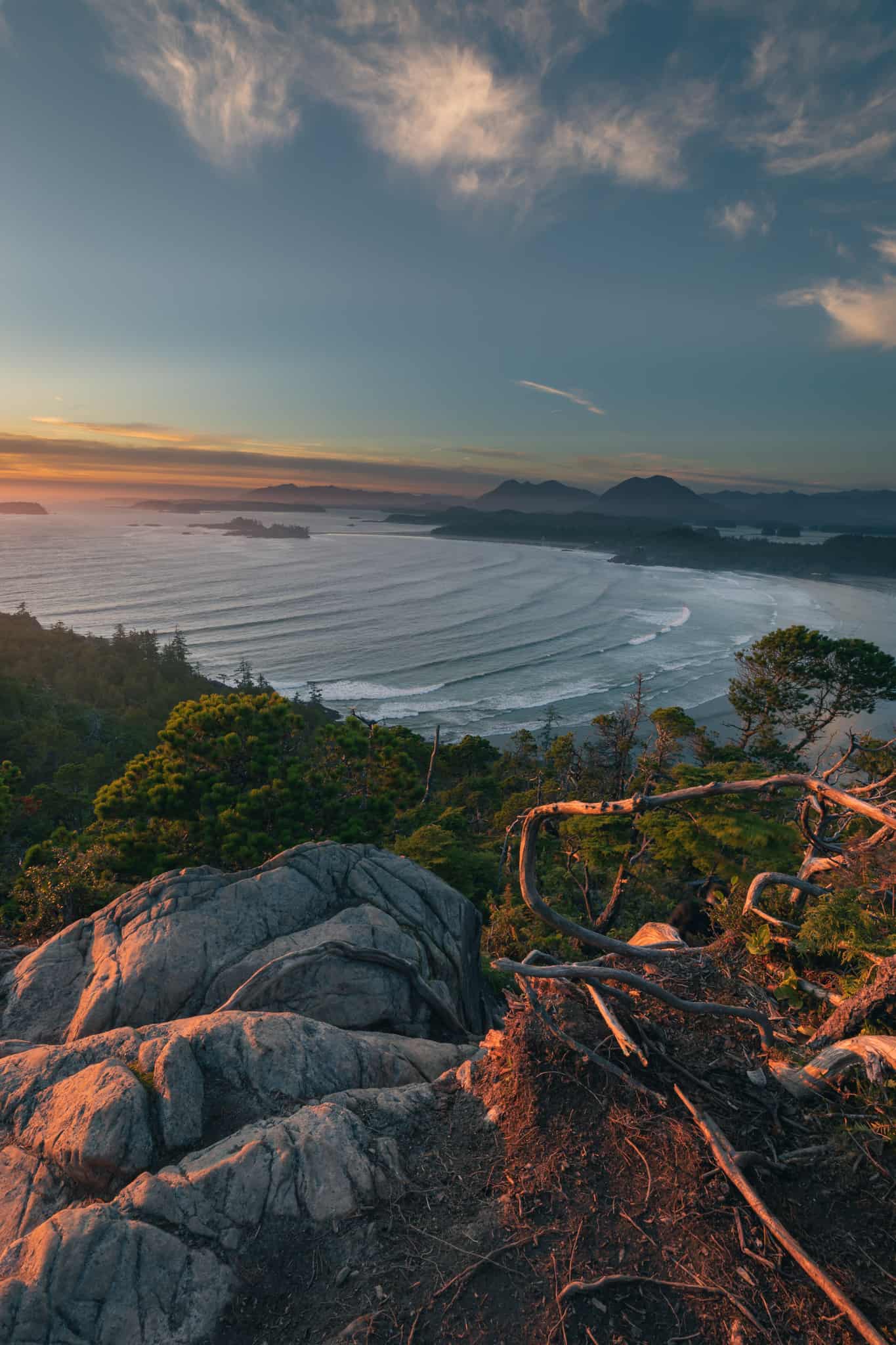 Wait for it… The Best Ever view in #Tofino! #bcisbeautiful #explorebc #vancouverisland ♬ Paradise - Ikson

Yes, many people know about it, but even people we saw on the trail were finding it hard to find. I think I know why, I’ll tell you about that in a bit. But first, let’s talk about how to get there.

Cox Bay is found on the Pacific Rim Highway and is about a 10-minute drive from Tofino’s town center. We like to park right in the parking lot beside Surf Grove Campground. A total plus if you have the benefit of staying at that amazing campground.

Once you’ve parked your car, follow the path leading toward the beach, and then turn left and head to the south end of the beach. The ways to access the trail can be a little difficult to find, and this is where we went wrong, and I believe many others. That’s why we were off track.

An Overview of the Cox Bay Trail

Before heading on this trail, AllTrails tells us that it should be 2.6 kilometers long, and will likely take around 2 hours to complete. If you read the reviews on this trail, you will get a mixed bag. There are absolutely some tricky sections, even if you are on the right path (which we were, on the way down).

The Cox Bay Lookout Trail will be very muddy throughout the seasons, even if it hasn’t rained for a while. We ran into a guide at the top who led her group while she was BAREFOOT. I wish I took her photo or could find who she was so I could link her up. She laughed and said it’s to protect her shoes because it’s so mucky! Either way, she’s a trooper.

At any rate, the viewpoint at the top of the lookout is well worth getting a little dirty for, so just don’t forget to wear your hiking boots or shoes that you don’t mind getting muddy!

After reading the reviews about the trail, we went into our hike thinking that “all roads lead to Rome” because many said there were lots of different places to start the trail, so we didn’t get too fussed about our entry point.

This is where we were wrong. We entered on the first little creek we saw that looked like this: 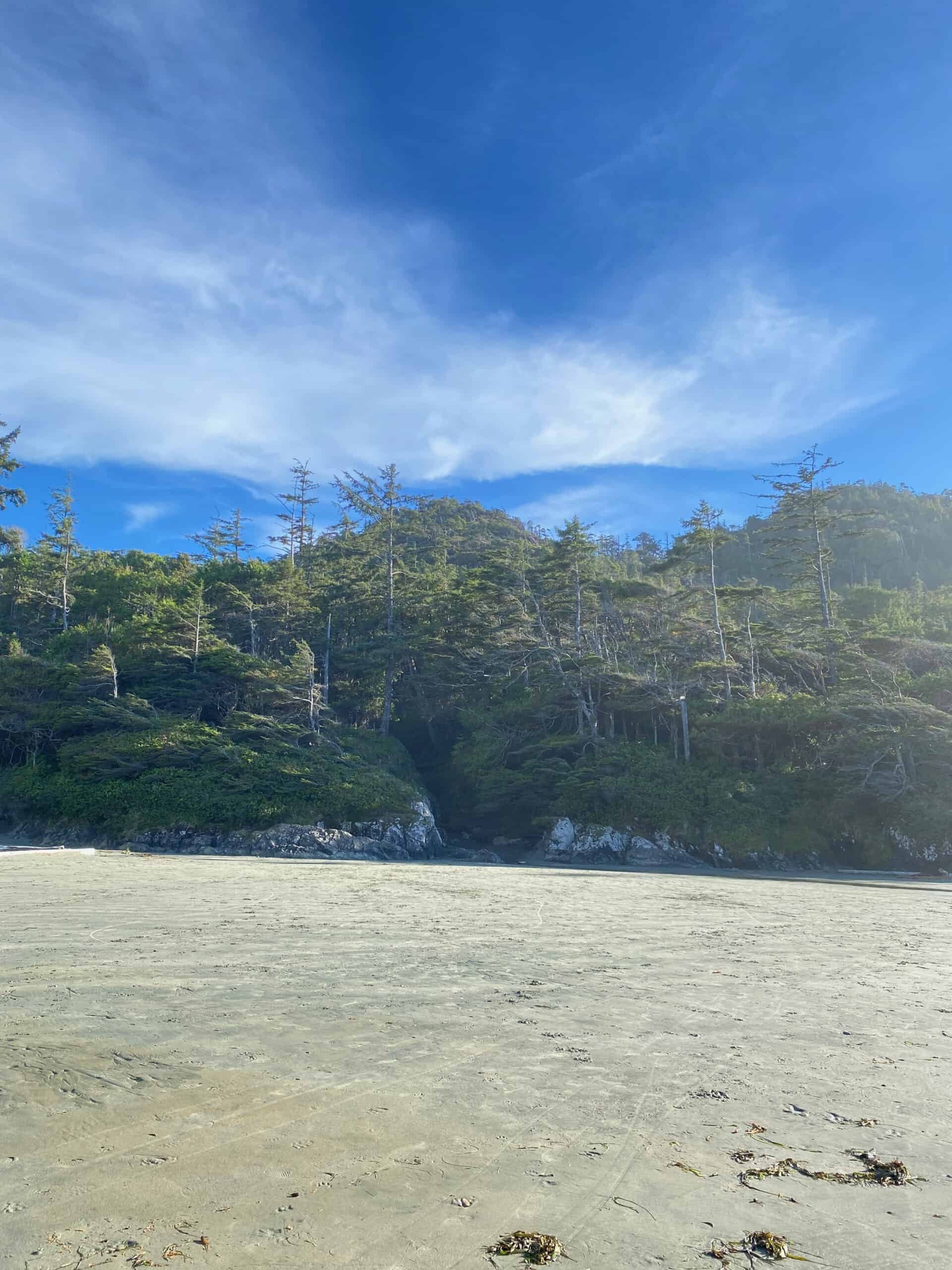 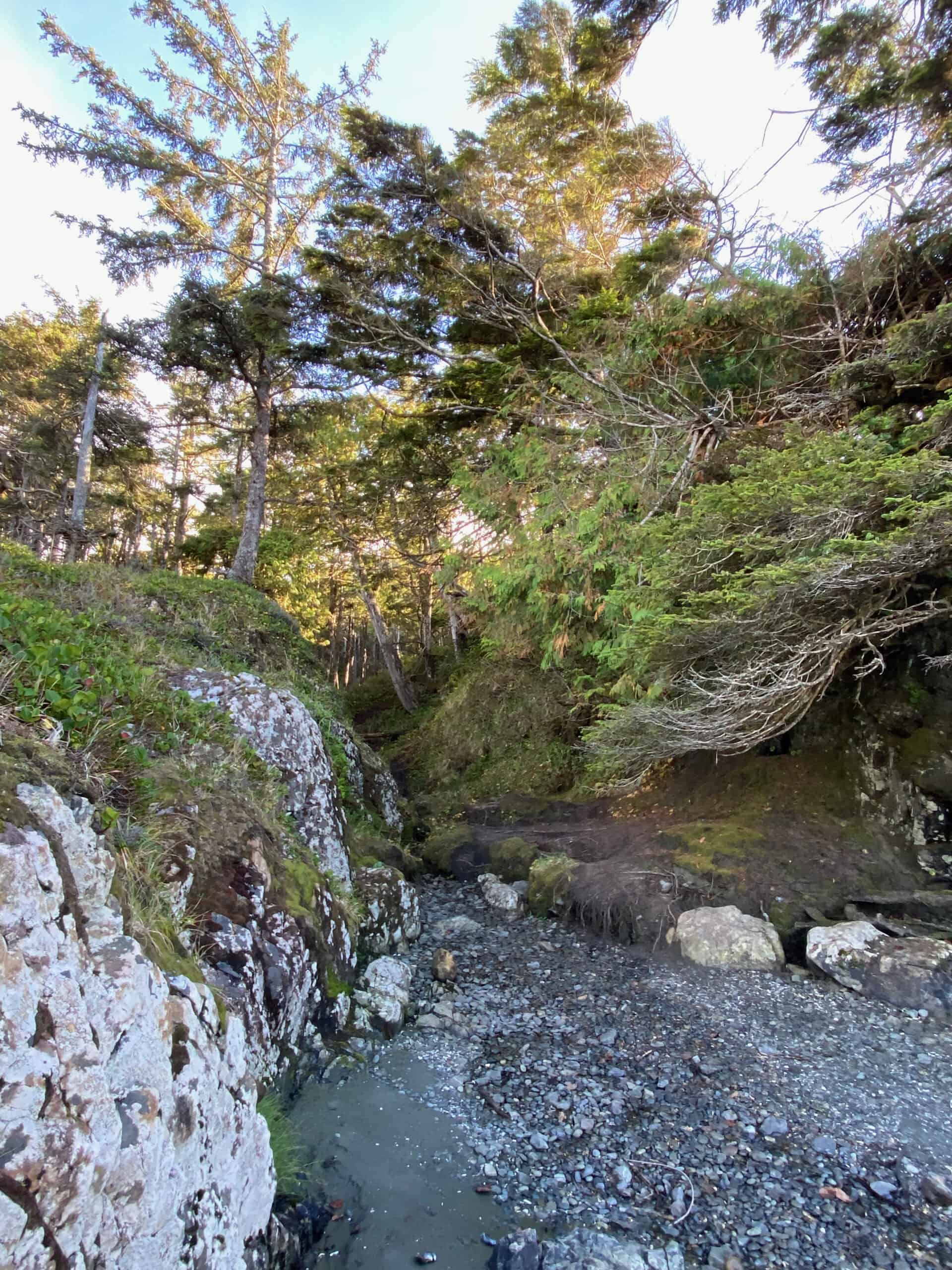 My suggestion would be to make you line yourself up exactly with the starting spot on AllTrails so you don’t end up like us. Totally lost. 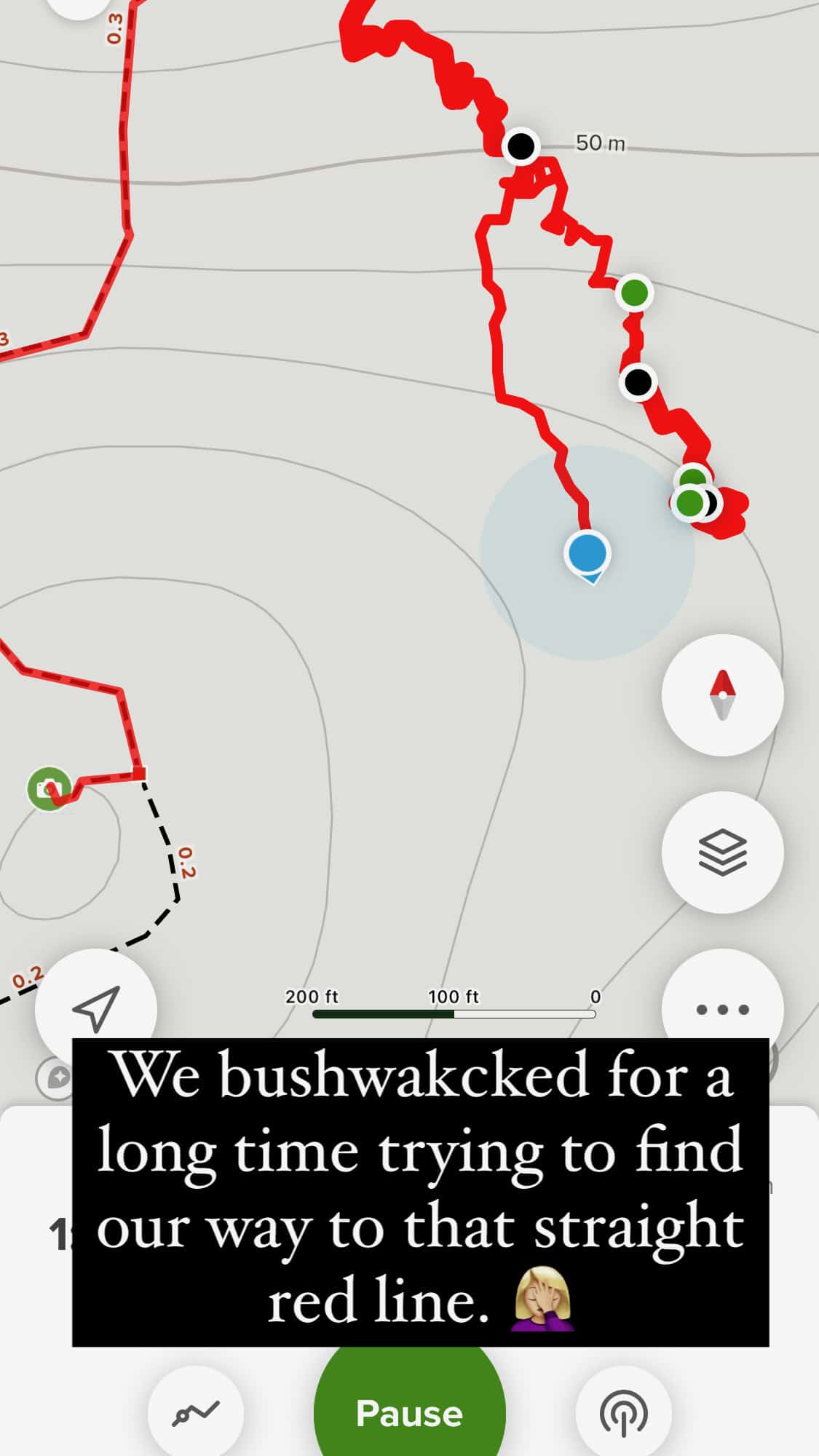 So, remember to follow the trail map entry exactly so you don’t make the same mistakes as us. The start of the trail goes up and down a bit, which was a bit confusing, but you’ll still be on the right track if you follow that AllTrails redline.

We did end up at A Lookout, it just wasn’t THE Lookout we intended on seeing that marked on AllTrails. And it was still amazing, which is why we think all the people we ran into coming down told us we were on the right track. We sure got to a Lookout, yes, but Steve was really wanting a shot from THE Lookout. And not just a shot, but a sunset shot, which meant we were descending in the dark.

But if you get lost, like us, don’t worry. This lookout is also spectacular and will be worth your effort as well.

From this first lookout, we had a decision to make. Do we bushwack our way through to the lookout we wanted? Or do we try to go back down the same way we went up, which was a little concerning to us in the dark.

At Last – We Arrive at The Cox Bay Lookout

The actual Cox Bay Lookout that is marked on AllTrails offers some of the most spectacular views in all of British Columbia. We could spend hours up here enjoying the views. Our plan was to catch the magical sunset views and we made it with minutes to spare for Steve to capture his shot. 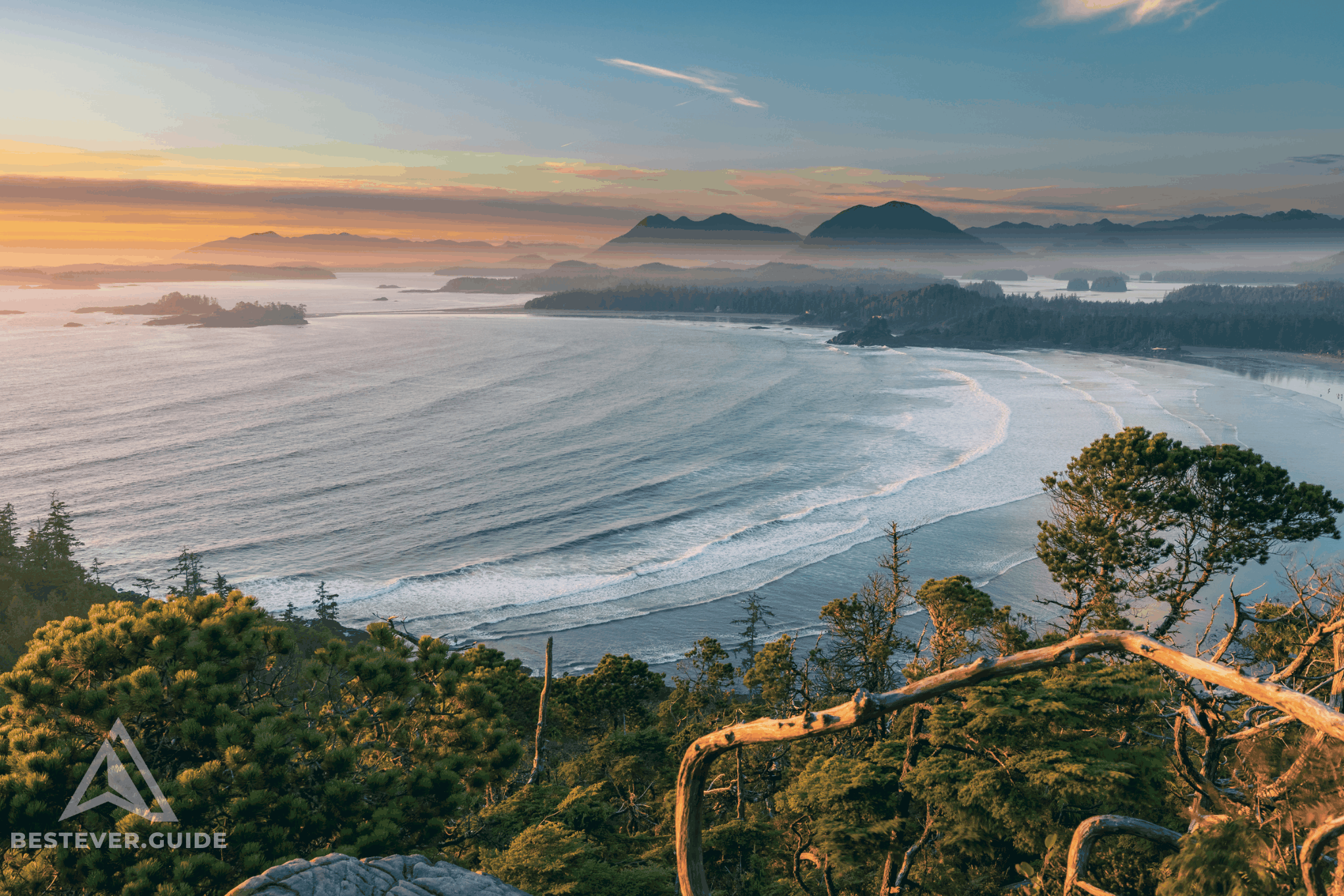 Now, we had to make our way back down in the dark. 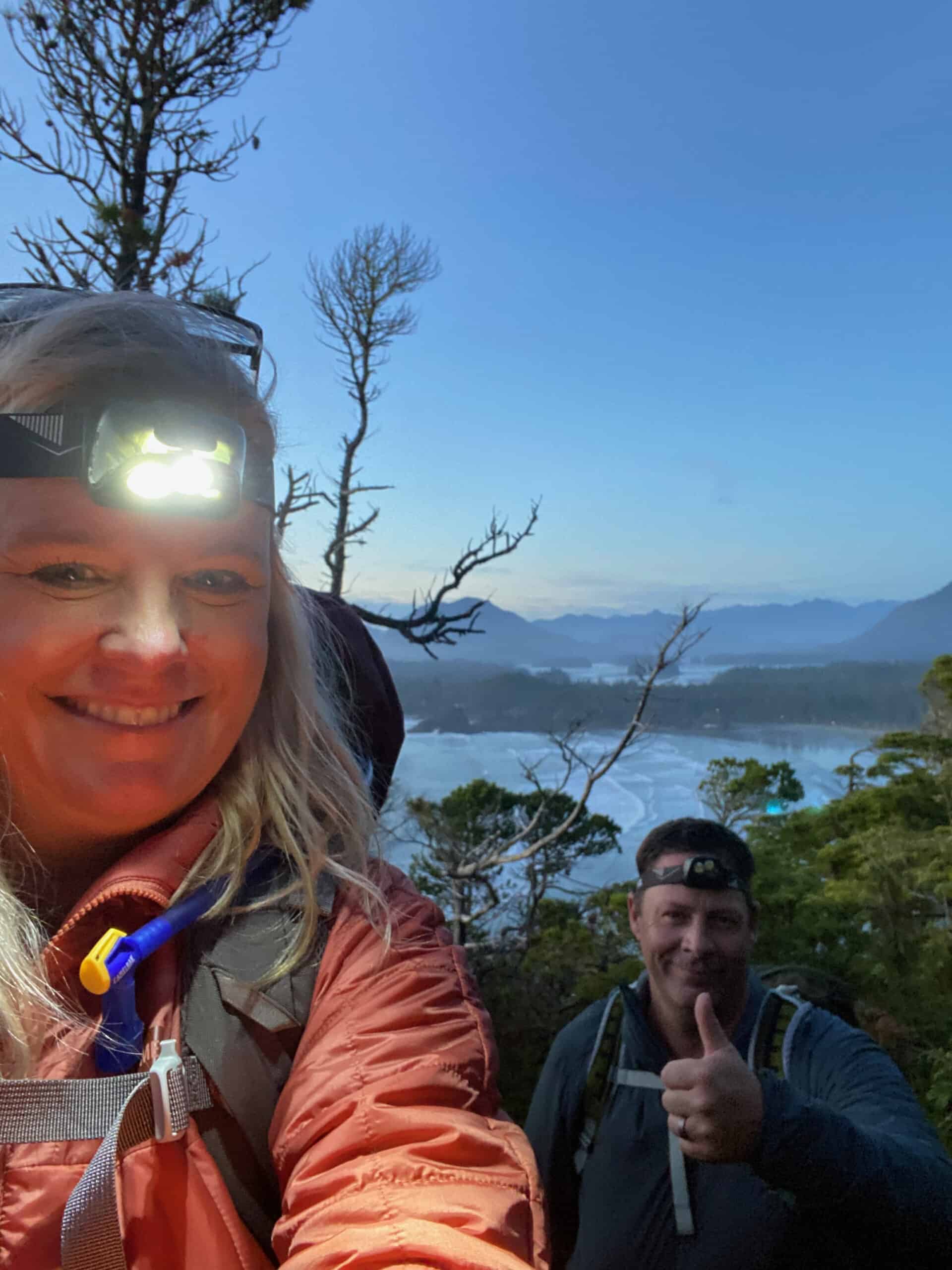 Like we said, very mucky – but so, so worth it! 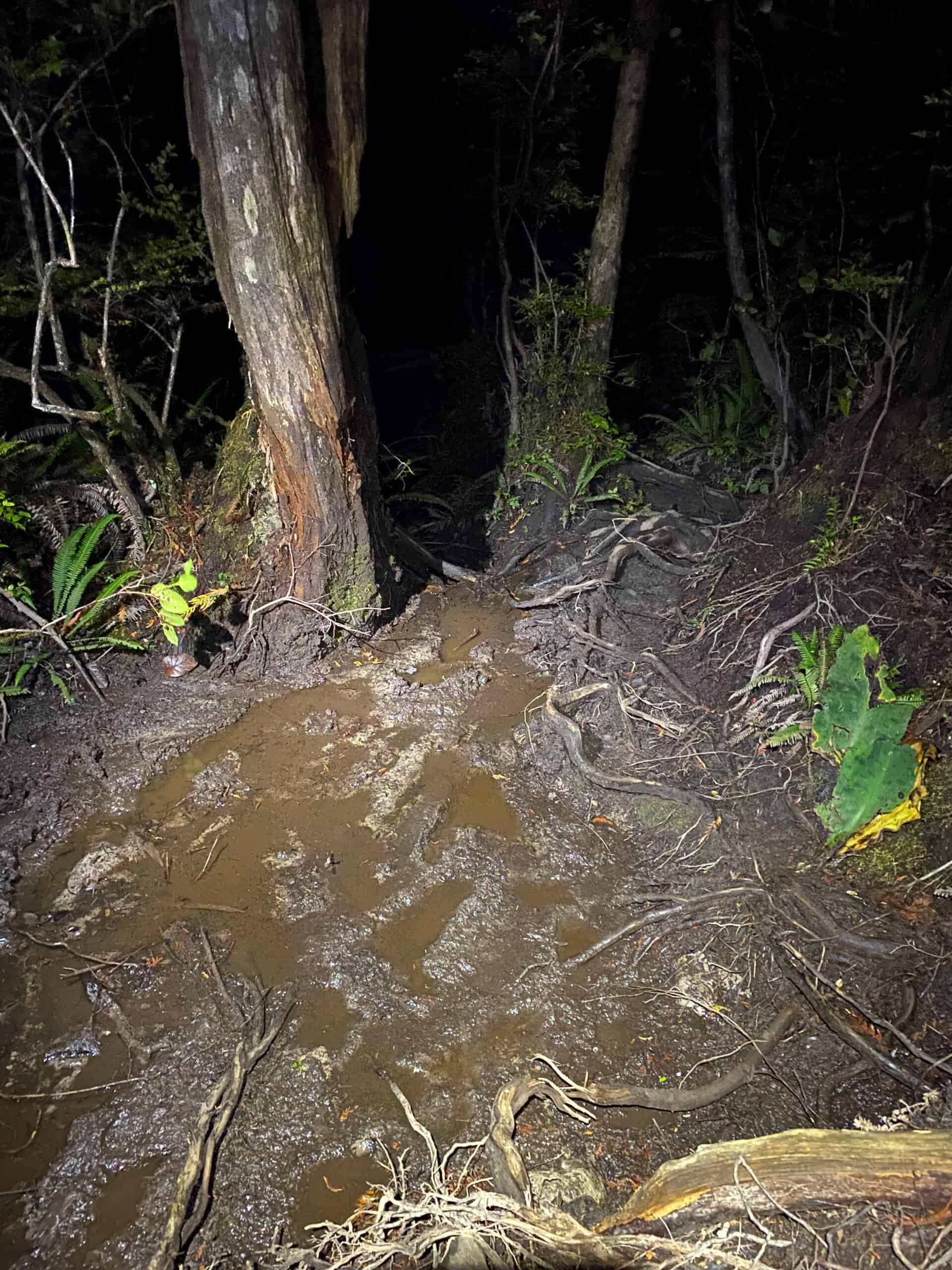 If you are in Tofino, we hope you head out on this adventure! But remember to pack your headlamps, water, and you follow this map to a T.

We hope you enjoy the Cox Bay Lookout as much as we did! 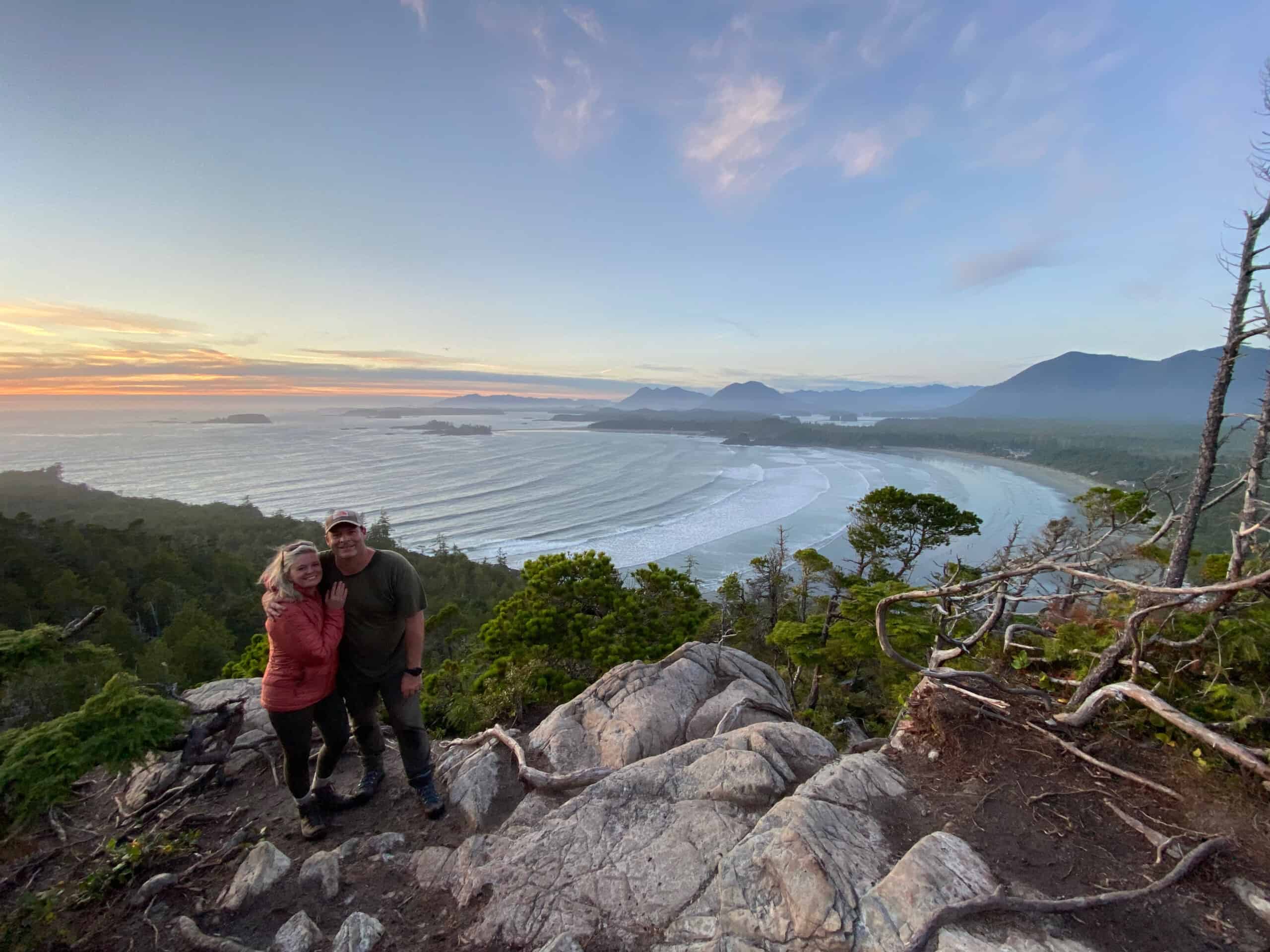